Your June Challenge (should you choose to accept it):

“I Will Sleep for 7 to 8 Hours Every Night

Sleep is a serious problem in this society these days!  Almost a quarter of Americans report having insomnia every night or most nights.  Sleeping aids are prescribed and sold at record numbers, and now they are increasingly used by children and adolescents.  A good night’s sleep is just as essential to optimal health as proper nutrition and exercise.

Studies show a strong link between inadequate sleep and obesity.  That may sound counterintuitive, but the trend has been shown in both kids and adults.  And new studies are now coming out, showing that inadequate sleep increases your risk for type 2 diabetes.

How much sleep is enough?  Depends on your age.

And it’s not just the quantity of sleep that matters to your health, but the quality as well.  An interesting study of young adults showed that slow-wave sleep, which is the most restorative stage of sleep, is important for glucose regulation.  When slow-wave sleep is reduced, there is an increased risk of developing type 2 diabetes.

Here’s a tip for getting a good night’s sleep:

Avoid technology in the bedroom.  Artificial light from the various technology screens increases alertness and reduces melatonin levels.  At least an hour before sleep, turn off the technology.  With, kids this is critical.  1 in 10 kids report having their sleep interrupted by text messages during the night.

So focus this month on getting your optimal amount of sleep every night.  One clue that you’re getting enough sleep is that you wake up feeling restored without the need for an alarm clock. Are you up to the challenge?

Don’t forget to continue your:

May habit of detoxifying your system daily

“We and many others around the world, have developed an enormous body of laboratory and pre-clinical data, and a burgeoning body of clinical evidence addressing the potential that sulforaphane has, not only in the prevention of environmental carcinogenesis, but in the prevention or amelioration of a very large, diverse, and seemingly unrelated series of conditions…[that] include autism spectrum disorder (ASD), schizophrenia, bacterial and viral infections, prostate, lung, breast, skin, and head and neck cancers, osteoarthritis, type 2 diabetes, sickle cell disease, fatty liver, and asthma.” Read more here… 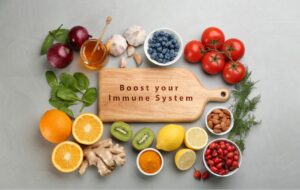 Loved the discussion with Dr. William Li on the Model Health Show podcast! Dr. Li lays out 5 key health defense systems that define optimal health. As always, Shawn Stevenson’s program is full of actionable items that we can take to improve our health right now. By the way, Dr. Li specifically mentions how shoring up our defense systems helps fight back against long COVID syndrome.

So here’s one tip to strengthen each health defense system as recommended by Dr. Li:

1)Angiogenesis: growth of new blood vessels to improve your circulation

Always a wealth of great info on the Model Health Show. Dr. William Li’s book is called Eat to Beat Disease: The New Science of How Your Body can Heal Itself

Your April Challenge (should you choose to accept it):

Ways You Will Benefit from This One Change:

Exercise is great for the heart: Exercise has been shown to reduce blood pressure.  And by doing so, it reduces the risk for stroke and coronary artery disease.  Studies have shown as much as a 31% reduction in cardiovascular disease among people who regularly exercise.

Exercise reduces cancer.  One third of the cases of breast, colon and kidney cancer are attributed to obesity and lack of physical activity.  Exercise can therefore, reduce your risk of these diseases.  Also, studies have shown that physical activity can reduce breast cancer risk by as much as 30 to 40%.

Exercise reduces bone disease.  Obesity is a primary risk factor for osteoarthritis.  In women who were overweight, as measured by a body mass index of greater than 25, a loss of just 5.1 kg (about 10 lbs), cut the risk of osteoarthritis by 50%.  Exercise also has a positive effect on bone mineral density and strength, thereby reducing the risk of osteoporosis.

Exercise strengthens mental health:  Exercise reduces depressive symptoms, and reduces anxiety in both adults and children.  Studies have shown that exercise can be as effective as anti-depressant medication.  It makes sense, because exercise regulates neurotransmitter release in the brain, most notably dopamine and serotonin.  These are the same neurotransmitters targeted by the most common antidepressant medications on the market.  Exercise is also associated with improved self-esteem and improved behavior in children.

Exercise is great for the brain.  Studies have shown that physical activity enhances memory and learning, reasoning, attention, problem-solving and intelligence testing.   Exercise also promotes neurogenesis, which is the production of new nerve cells, and protects the nervous system from injury and neurodegenerative disease.  Want to decrease your risk of dementia in half?  Exercise does this.  Your risk of Alzheimer’s disease can be reduced by as much as 60% by exercise! Exercise also increases brain volume in areas implicated in executive processing.  By the way, by reducing the risk of diabetes, high blood pressure and cardiovascular disease which all have a negative effect on brain function, exercise further protects the brain.

One way that exercise improves brain function is simply through enhanced blood flow.  Blood removes waste products that accumulate in the brain.  Along with that increased blood flow comes oxygen.  The oxygen acts as a scavenger of free radicals, which damage brain cells.

Exercise slows aging: Studies indicate that the presence or absence of a sedentary lifestyle is among the greatest predictors of aging.

Really, can you afford not to exercise?  If you didn’t accept any of the previous challenges, don’t miss this one!

Ideas for Making it Happen

Don’t forget to continue your:

“Those who think they have not time for bodily exercise will sooner or later have to find time for illness.” 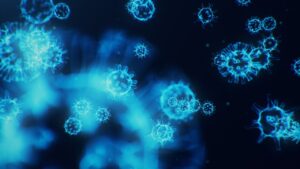 Did you see 60 Minutes on Sunday (March 7, 2021)? Dr. Lenze discussed his study on a generic, cheap medicine that was shown to be effective as a treatment for COVID-19. The medicine is fluvoxamine, an antidepressant that may be useful as a repurposed medicine. The problem is, it got very little press and few doctors know about it.

The study involved 152 participants from April through August of 2020 who were randomly assigned to receive either 100 mg fluvoxamine or placebo 3 times daily for 15 days. Clinical deterioration (defined as shortness of breath, hospitalization for SOB, pneumonia or oxygen saturation of less than 92% on room air) occurred in 0 of the 80 patients in the fluvoxamine group, but in 6 of 72 patients in the placebo group. It’s a small study, but it did meet criteria for clinical significance. A larger study is currently underway and may be released as soon as April 2021.

Other treatments and preventive therapies also have mounting research studies behind them. Ivermectin, as used in the I-MASK protocol created by Dr. Paul Marik is an example. I-MASK also incorporates vitamin D. Vitamin D has numerous studies showing its effectiveness for prevention and newer studies finding it to be an effective treatment for COVID-19.

Your doctor may not know about these therapies to offer them to you. Therefore, links have been included here for you to find out more information and to share with your doctor.

Your March Challenge (should you choose to accept it):

“Get the White Out and Go Whole”

“Get the white out” refers to getting the refined foods out of your diet.  Refined foods are generally white: they include white flour, sugar, and white rice.  What’s wrong with these foods?  First of all, they are refined, which means that they have been stripped of the many nutrients that they had in their natural state.  White flour is a stripped form of whole wheat flour, just as white rice is a stripped form of brown rice.  They’ve also been stripped of fiber.  Not only are they devoid of nutrients, but they add inflammation to your body.  That same process that contributes to asthma, arthritis and heart disease!

What can you expect from this one change?

Weight loss: A major contributor to obesity is the excess sugar that we take in, whether it’s from actual sugar, or from foods that are quickly broken down to sugar (like white flour).  When you eat whole foods instead, you eat less, because whole foods are more bulky, and therefore filling.  Also, they slowly and steadily release glucose into your bloodstream keeping your appetite under control.

Regularity:  By replacing refined foods with whole fiber-rich foods, we decrease constipation.  At least 40% of Americans are chronically constipated because our diets are low in fiber.

Decreased risk of heart disease and stroke:.Refined foods are inflammatory.  And one by-product of inflammation is hardening of the arteries which leads to high blood pressure (making your heart work harder), and poor blood circulation to vital organs (like the heart and brain).

Feeling Better:  When your blood sugar levels are steady, you maintain a steady energy level.  Decreased inflammation will cause an improvement in the aches and pains that you may be chronically dealing with.

And don’t forget to continue your: